After a couple of nights acclimatising in Quito, I arrived at Cerro Seco around 8.30 pm March 11 in the dark not knowing what to expect at all, but received a warm welcome from Marcelo, made friends with the dogs and was fed! My Spanish is poor but we managed to understand each other most of the time with our Spanglish efforts. I was scheduled for 4 weeks volunteering at the end of the rainy season and the following day we started building a crab house to try and keep a dozen or so of the rare blue and red mangrove crabs (good to eat but never got that chance) as an experiment to see if the could survive away from their natural habitat. I had my reservations which were justified after a few died then the remaining clever ones escaped so we should have eaten them really!

The local carpenter and general helper Ruben took me around the trails and forest and taught me machete skills so we could clear trails etc and showed me how to take care in the vegetation as many creatures were hidden there. Although this was the rainy season we hardly had any rain during my stay so we only had one opportunity to collect guayacan tree seedlings and replant them in the nursery area, and another day reformed the edge of a planting bed and redug it, finding a 20cm centipede in the process. Ruben had several days carpentry work on the new house so I ended up helping him a lot building timber framed walls - a little different from how we do it in the UK but fun and meant I could be useful as little conservation work was possible.

Walking each day to the sounds of pigeons and other birds was great, Cerro Seco has a precence that allows you to completely chill and with the new friends I had made found I was living a new life for a few weeks. Although facilities are basic, you have everything needed and the food is great, Marcelos banana pancakes with passion fruit jam are to die for me, and Ruben always finished the spare breakfast ones off! You have to eat well here because of the heat, but food is healthy, varied and tasty, Michaela is a good  cook to.

My best adventure was hike through the forest to "La Flaca" with Marcelo and friends to help with GPS mapping of the area, very beautiful and some difficult terrain. We eventually ended up on the beach just before dark with the tide in so no truck to take us back, which meant a hike in dark forest to cut an impassable headland off, then along beaches climbing rocks etc to dodge waves crashing in before getting back to another pick up point - here there was no mobile signal so we still could not get a lift and had to walk back to Bahía. We eventually got back after 14 hours and about 35k but great fun!

There is plenty of time off to play after working the morning, I usually did a bit more after a siesta because of the heat, but things are flexible so you can go to town, the beach or just chill out. At weekends trips further afield are possible, we did surfing lessons at Canoa, and visited another reserve with a great beach at San Clemente. Also I managed to get a couple of scuba dives in combined with a guided tour of the coast, the history etc 150k south of Bahia.

One evening in the new kitchen area I was emailing England and looked up to see a 50cm dark snake on the wall 60cm from me. After calling Marcelo he ran off for his machete saying it was an X-snake but it slid back down the tree it had climbed to join me before he returned!

To finish, I loved my time in Cerro Seco, made several good friends, improved my Spanish a bit, even help judge the Bellavista Queen competition and survived dancing with Tania, and want to return.

Chris Braund, 58, a builder from England 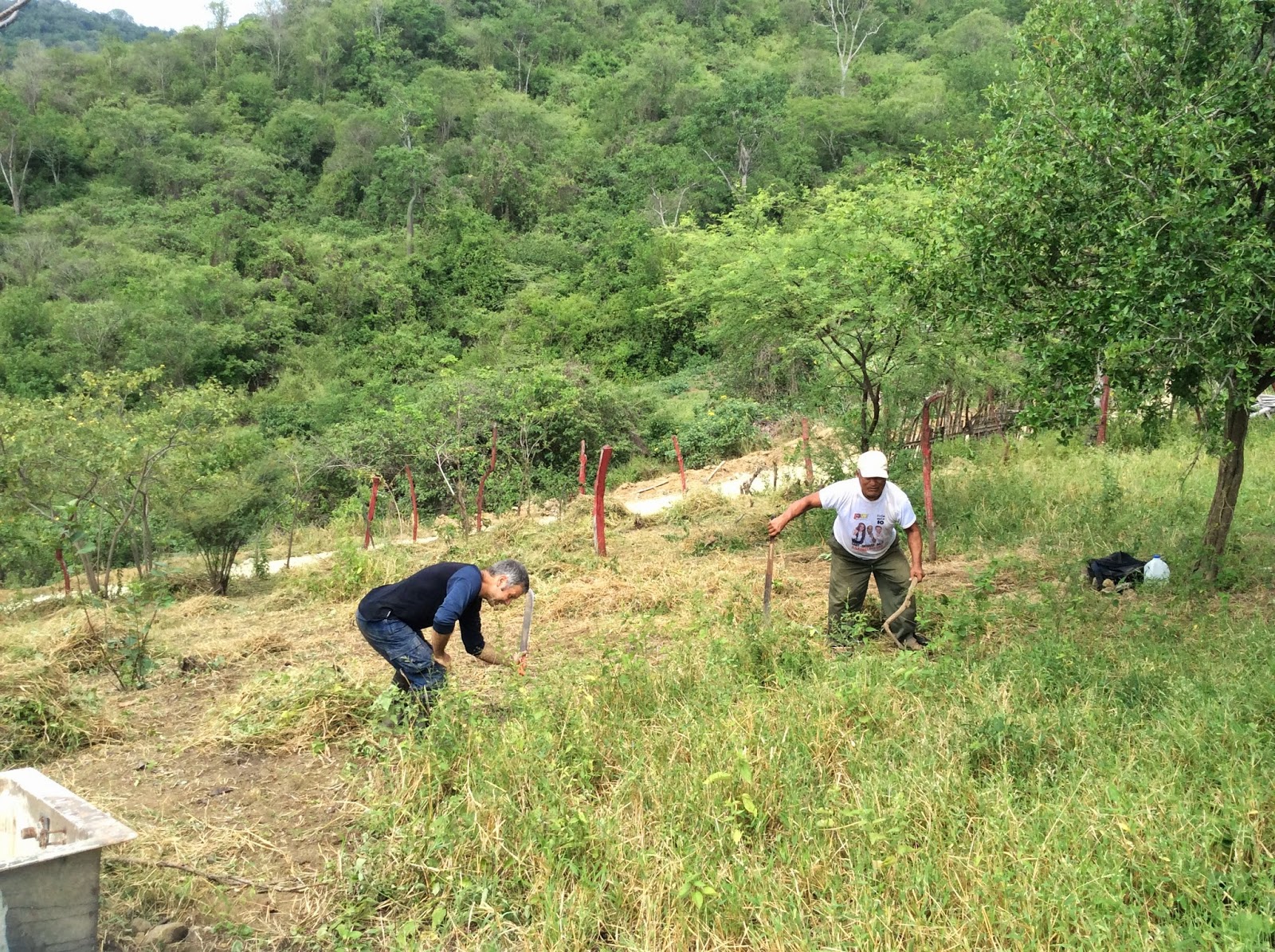 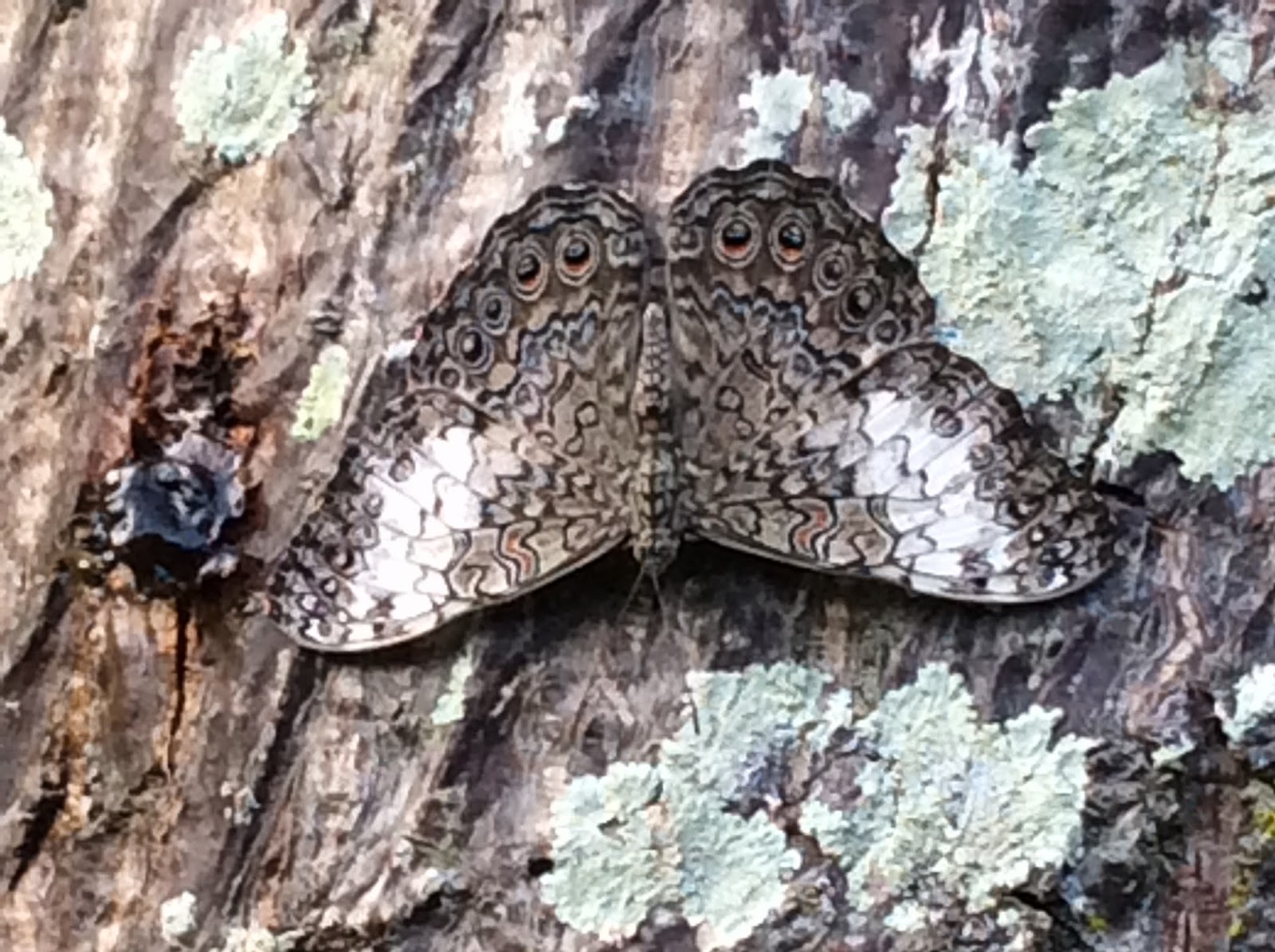 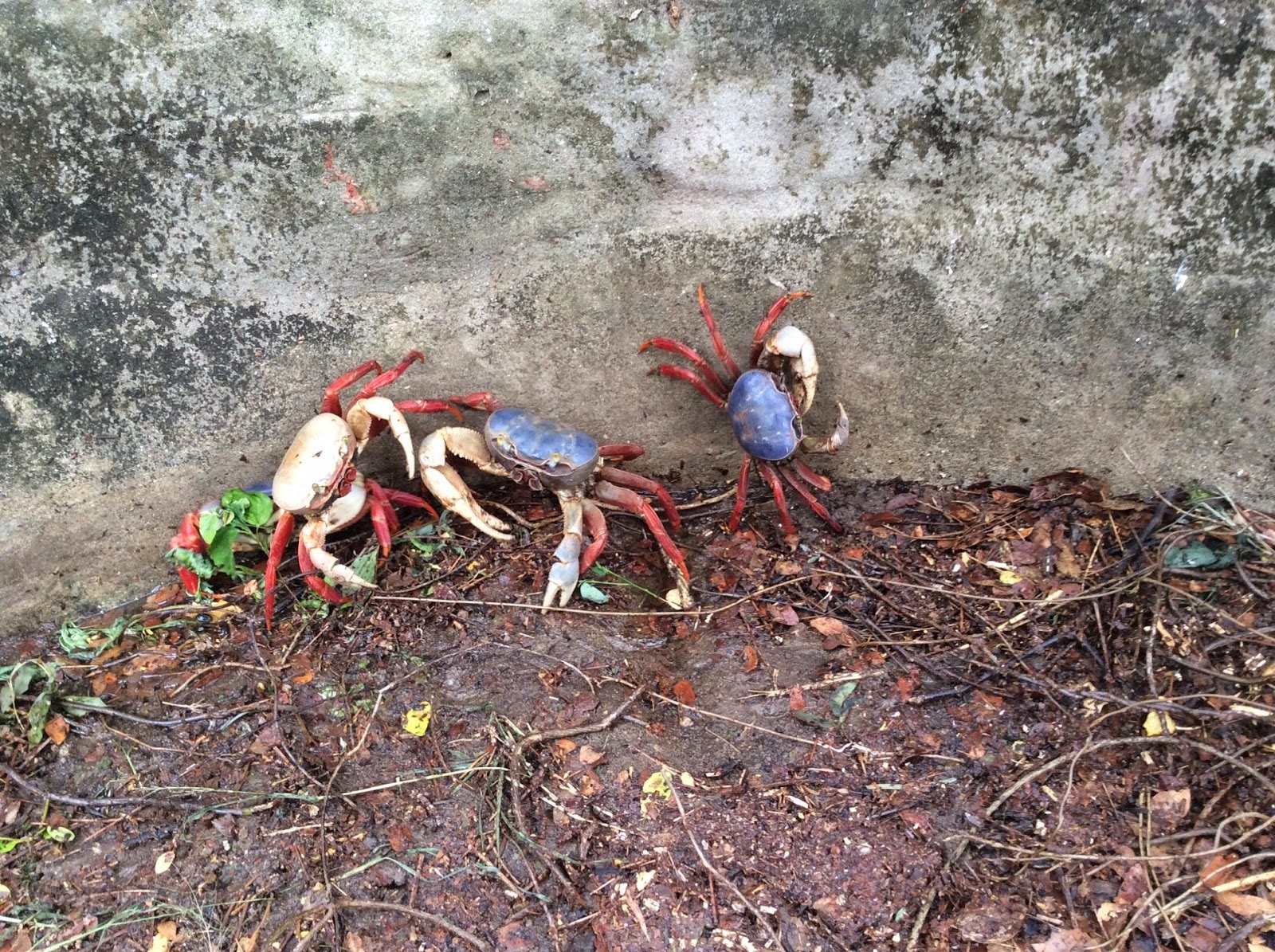 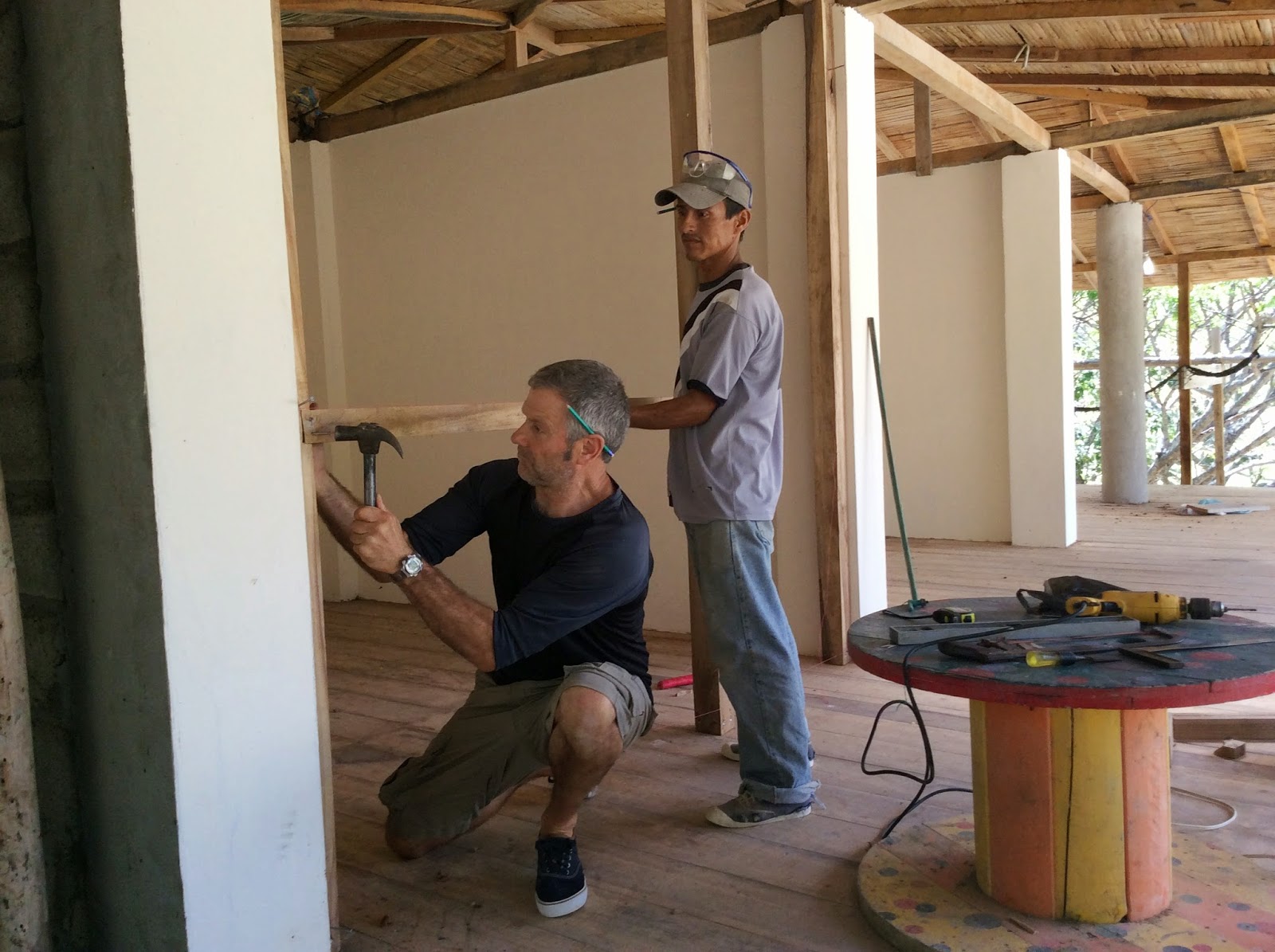 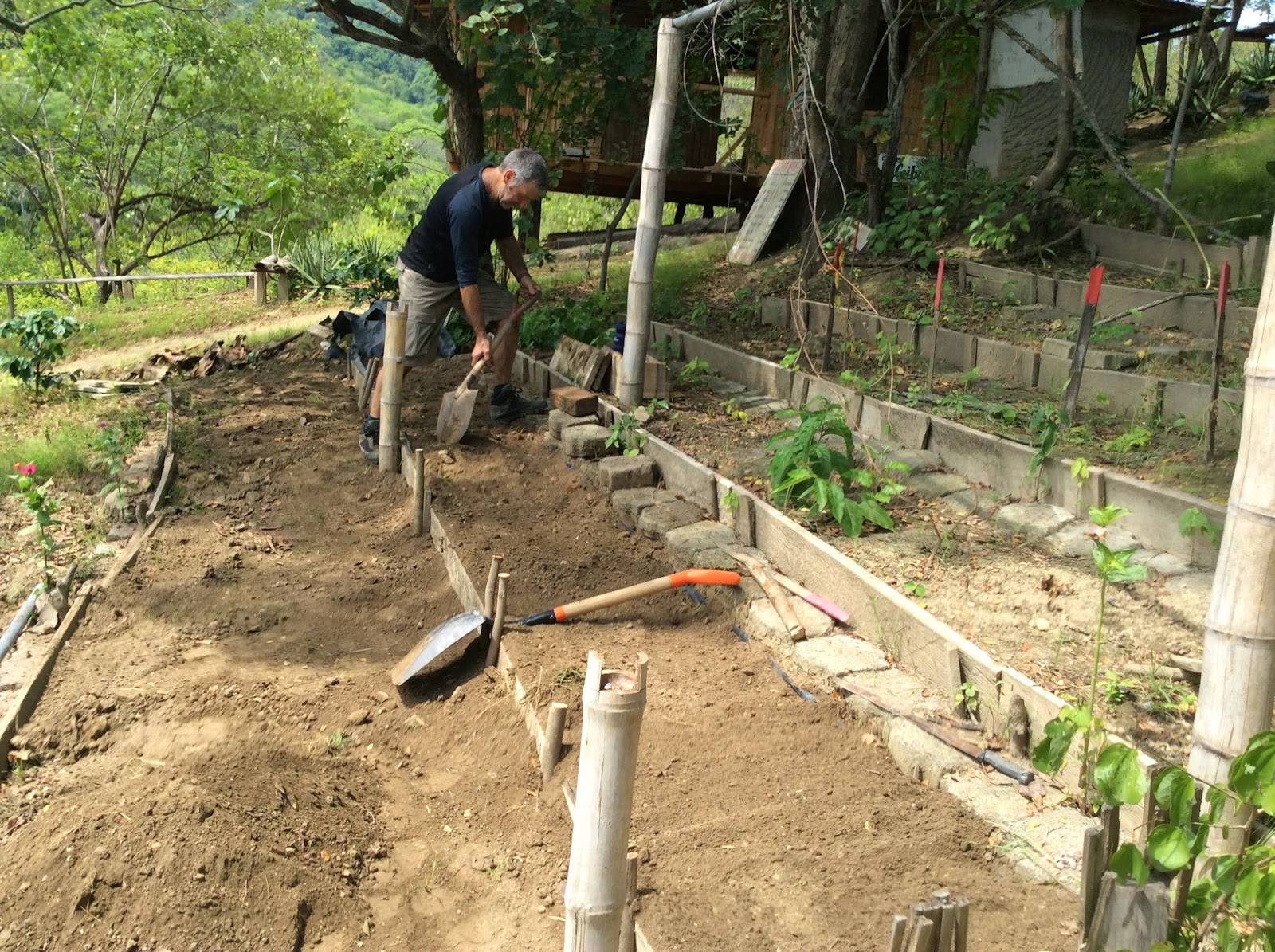 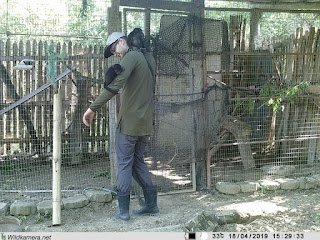 Feeding the chickens and the donkey and picking fruits